Can the ECB prevent a second euro crisis?

Opinion  Markets Insight Add to myFT Can the ECB prevent a second euro crisis?The central bank has moved quickly on bond market ‘fragmentation’ but its actions will be tested by investorsEric Lonergan Add to myFT 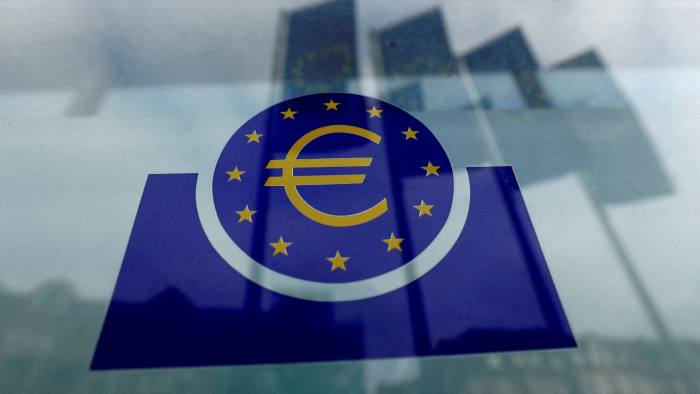 The writer is a fund manager at M&G and author of ‘Supercharge Me: Net Zero Faster’

The European Central Bank’s emergency meeting last Wednesday was a remarkable event. It could be the first time that a central bank confronted by the onset of a crisis has moved early and quickly.

Concerns about the structural stability at the heart of the sovereign bond market in Europe have never been silenced. Despite the power of the “whatever it takes” pledge a decade ago by then ECB president Mario Draghi, and extensive bond-buying programmes, markets have consistently priced a credit risk premium into the sovereign debt of some countries.

Europe’s sovereign bond market is unique. Debt is issued by member states, but money is created by a supranational entity, the ECB. The power to print money is the basis of the creation of benchmark risk-free assets in a financial system. Without the ECB’s backing, the eurozone has no such asset.

But the ECB’s support for the sovereign bond market has always been conditional on consistency with its mandate of price stability. It was the threat of deflation in 2012, and during the pandemic, which gave the ECB the all-clear to provide the limitless support required to halt a panic.

Inflation in Europe is a game-changer, and markets know this. This time, the epicentre is Italy — Europe’s largest sovereign bond market — not Greece. Italy’s debt to gross domestic product ratio is far higher than in 2010, at close to 150 per cent. When debt levels are considerably greater than GDP, changes in the interest rate on government debt dominate fiscal arithmetic. The yield on 10-year Italian bonds (BTPs) has risen from 0.5 per cent in September last year, to 4 per cent last week. No estimate of trend growth in Italy is close to 4 per cent.

If the ECB had not called an emergency meeting, and sent markets a warning shot, yields could have been 5 or 6 per cent in a matter of weeks, if not days. The ECB has now bought itself time and by moving relatively early and quickly, the central bank has at least broken the psychology that selling BTPs is a one-way bet.

But the detail of any serious intervention has been postponed and there is an element of can-kicking. The staff of the ECB has been tasked with drawing up plans to prevent “fragmentation”.

In contrast to the pattern of the past 15 years, politics seems less of an obstacle. There are good reasons. Europe has a war on its borders, Italian elections are being held next year and Draghi, now prime minister, is likely to leave the stage. Populists and nationalists have not gone away. It is our collective responsibility to silence rather than encourage them. That must be the line that ECB president Christine Lagarde takes, and all evidence from the public statements of other board members suggests there is sufficient alignment on the need to prevent a renewed crisis.

In simple terms, the task is to shrink spreads on bonds of the most vulnerable countries to the point of fiscal sustainability. Whatever measures are introduced will not be presented as such, as it opens the ECB to accusations of institutional over-reach, but we should be clear that this has to be the objective.

The technical challenges should not be underestimated. There is now no alternative I can see to directly targeting sovereign spreads. This cannot be achieved by a broader programme of quantitative easing of asset purchases, as the backdrop is a tightening of monetary policy. Nor can it be achieved by tweaking the flows on the ECB’s portfolio of assets bought under its pandemic emergency purchase programme.

Sovereign spread targeting by a central bank has never been done before. The outline of a programme would involve creating a reference basket of “safe” European sovereign bonds from core eurozone countries such as Germany and determining an acceptable spread for each market. The ECB would then commit to enforcing a cap on these spreads. In principle, none of the actual numbers need to be made explicit. Markets will deduce the point of intolerance from intervention.

We need to be clear about the risks. In extremis, the ECB becomes the market-maker for BTPs or other bonds. Liquidity could disappear. How will Italy issue debt in the primary market, and at what price? Can the arrangements be gamed by market participants? How will the ECB exit?

None of these risks are insurmountable. They are also worth taking. The alternative does not bear contemplation. The ECB will need to provide answers in the next few weeks, or markets will draw their own conclusions.

Get alerts on Eurozone economy when a new story is published

Get alertsCopyright The Financial Times Limited 2022. All rights reserved.Reuse this content (opens in new window) CommentsJump to comments sectionPromoted Content Follow the topics in this article